Working with people is a lot like working with code. New relationships are green fields. Over time they become brown fields and (just like code) they require maintenance. I’m sure that everyone reading this can identify some legacy relationships that they would describe as well complicated. Just like some legacy code.

I mean a lot with the word ‘relationship’. I have in mind everything from co-workers to friends to significant others. All of these variations require maintenance and I think we should deliberately structure our relationships so that maintenance is easier. 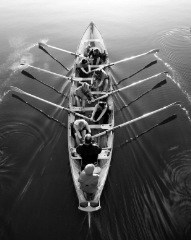 So what is the social equivalent of a switch\case statement?

We talk about code smells in software development as suggestive indicators that something is wrong. When it comes to relationships, I’ll call them interaction smells. I would consider these common emotional responses to be smells:

Personally, I have been guilty of avoiding someone because I thought I would irritate them and I didn’t want the hassle. This was in a work environment and it a negative effect on the overall efficacy of the group. My impulse to avoid was a smell and it led to a problem that needed to be addressed.

Bad code gets worse over time. We call this technical debt. Relationships that have soured do not get better by themselves. Little fractures grow over time. If we don’t address them when we smell them, the stink only gets worse. In addition, the stinky relationship can be begin affecting other parts of design, uh I mean, other social interactions (e.g., the team you are working with).

Relationships are more difficult to work with than code for one primary reason:

You cannot revert back to a previous state if your changes fail.

Nevertheless, we often need to make changes. Refactoring code doesn’t change the exposed functionality, we just make internal changes to improve it. If you are beginning to have problems with your boss, that doesn’t necessarily mean it’s time to quit (that would be changing the function) rather you might just need some relational refactoring.

But what do I mean by refactoring a relationship? Well, there’s a lot to be said and you can find a good deal of practical advice on dealing with conflict over on “Doc” List’s blog.

In brief though, I mean this:

Be honest and humble. “Hey, Joe, I feel like you’ve been a bit on edge with me. Did I do something to frustrate you? I’d like to clear the air.” Then talk it over. Again, refer to Doc’s blog for lots of details.

One final qualification, since you cannot revert what you say and do, you must be deliberate and thoughtful about your refactoring.

This was originally posted this in August 2009, but I needed a reminder myself so…